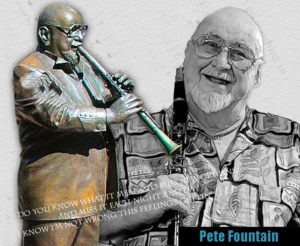 Pete Fountain was born in New Orleans He started playing clarinet as a child to overcome a serious respiratory health issure. He was taught and influenced by Irving Fazola. Early on he played with the bands of Monk Hazel and Al Hirt. With his long-time friend, trumpeter George Girard, Fountain founded The Basin Street Six in 1950. After this band broke up 4 years later Fountain was hired to join the Lawrence Welk band, and became well known for the many solos he took on the national television show.

Fountain returned to New Orleans and played with The Dukes of Dixieland. He then began leading bands under his own name and opened his own club in the French Quarter. His popular club was a destination during 1960s & 1970s then later atop of the New Orleans Hilton.

Fountain was a founder and is the most prominent member of The Half Fast Marching Club, one of the best known marching Krewes that parades in New Orleans on Mardi Gras Day. Fountain’s clarinet work is noted for his sweet fluid tone. He has recorded over 100 LPs and CDs under his own name with many in the Dixieland style.

Among Pete’s accomplishments: more than 58 performances on the “Tonight Show”. Pete has had four command performances at the White House for United States Presidents. And at the New Orleans Papal Mass in September 1987, Pete performed for Pope John Paul II Pete is one of the most recorded clarinetists in music history. He recorded more than 92 albums with three gold albums. 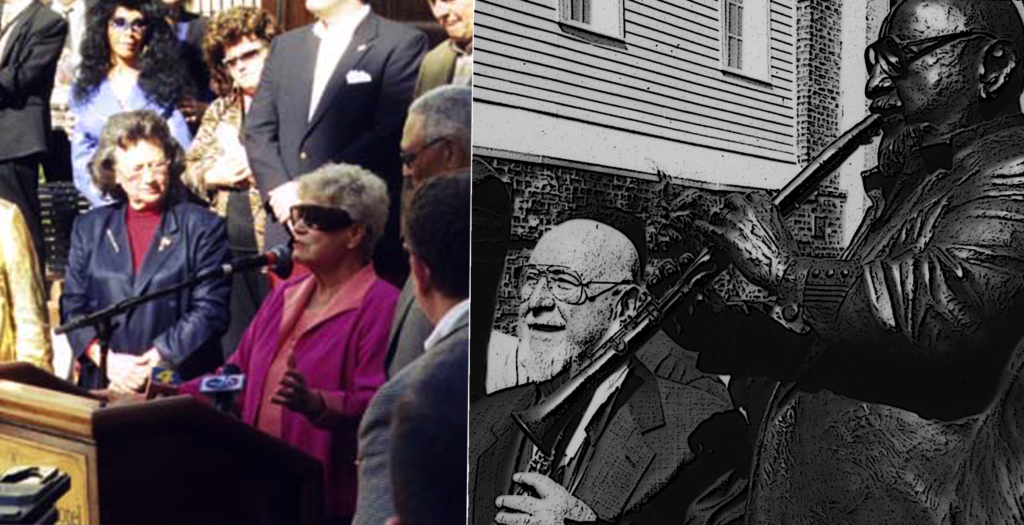 Beverly Hirt at the unveiling of the Pete Fountain statue.