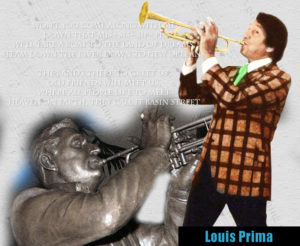 Louis Prima born in New Orleans French Quarter to a musical family. Mother had intended for him to play the violin but he loved the trumpet. He was a musical genius, gifted showman and electric personality.

He was a singer, songwriter, and trumpeter. Prima musically reinvented himself many times to ride the trends. He was a household name and one of the most sought after entertainers ever. He started with a seven-piece New Orleans style jazz band in the 1920s, a swing combo in the 1930s, a Big Band in the 1940s, a Vegas Act that began in the 1950s to the 1970s. His acts included Keely Smith and Sam Butera and later followed by Gia Malone. Big Band era smash hit “Sing Sing Sing,” was written by Louis Prima – Benny Goodman was called the King of Swing and his signature song was Sing Sing Sing.

Louis had a twenty-two piece orchestra during the Swing Era. His hits were “Angelina.” Josephina,” “Please No Squeeza Da Banana,” “Bacciagaloop, Makes Love on the Stoop,” “Felicia No Capicia,” among others. He brought Italian food and culture to the limelight in the USA.

Some of his famous recordings are “Jump Jive And Wail”1939, and ” Just A Gigolo”/”I Ain’t Got Nobody” , recorded in 1957, and the classic “That Old Black Magic” Other hits include “Buona Sera,” “Zooma, Zooma,” “When You’re Smilin’ When Elvis Presley was asked where his dance style came from he said “From Louis Prima, of course.”

Prima voiced King Louie of the apes in the animated Disney feature The Jungle Book (1967). Prima died in 1978. Louis music is some of the best jazz and swing music ever but rarely recognized for his significant contributions.

During the 60s and 70s Louis continued to break attendance records at top billings throughout his career until the British Invasion and music changed completely. 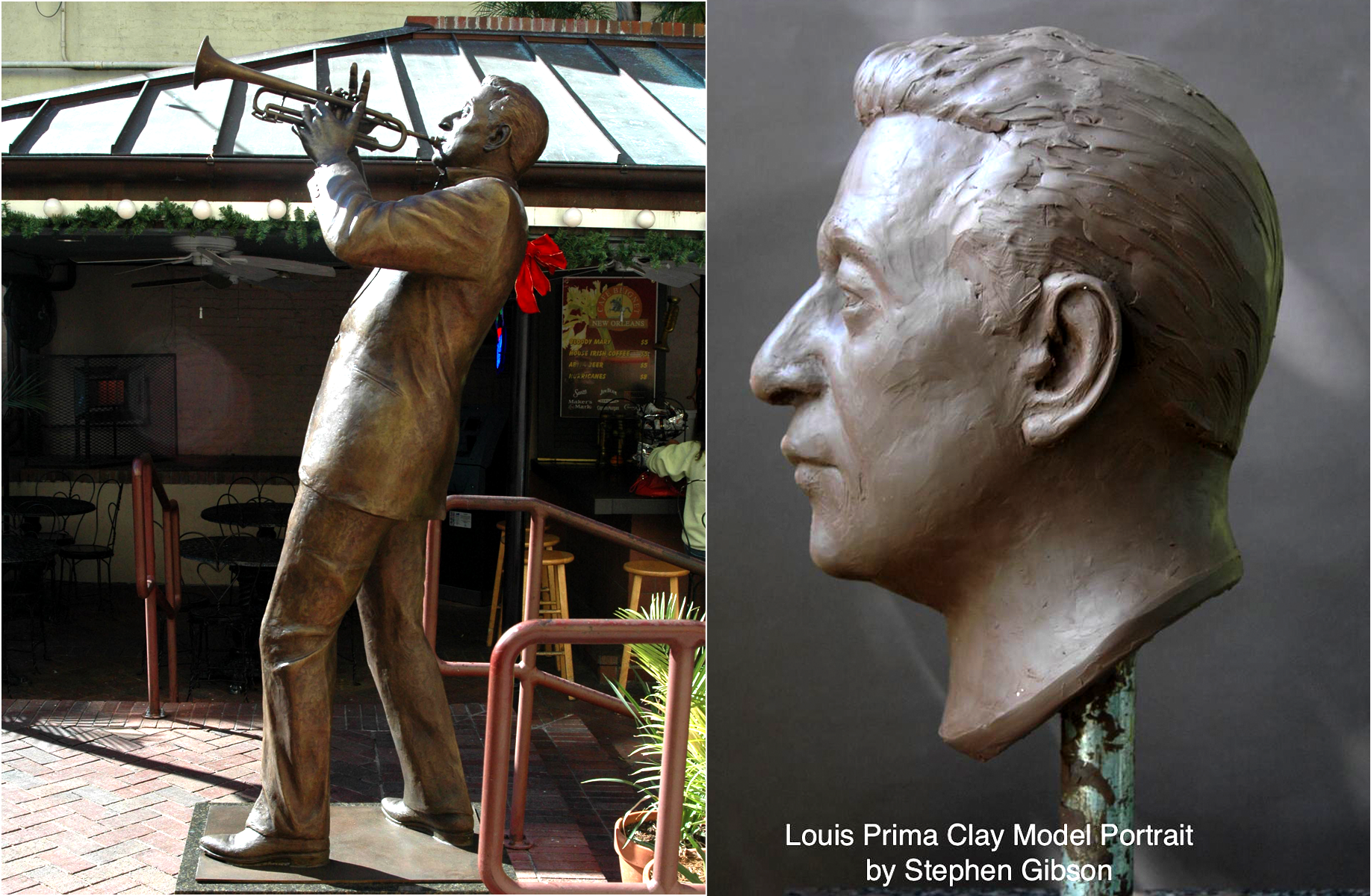