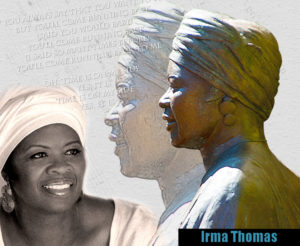 Irma Thomas is known as the ‘Soul Queen of New Orleans’

As a teen she sang with a Baptist church choir and demonstrated her talent at an early age. By the age of 19 she had been married twice and had four children. She also worked as a waitress in her early years.

Her first big hit “(You Can Have My Husband but) Don’t Mess with My Man,” was released in spring 1960, and reached number 22 on the Billboard R&B chart.

Blessed to be part of the New Orleans music scene she began recording and working with New Orleans own Allen Toussaint. She peformed on songs including “It’s Raining” and “Ruler of my Heart”. A string of successful records followed. These included “Wish Someone Would Care” “Break-a-Way” “Anyone Who Knows What Love Is” and “Time Is on My Side”

She had 4 Imperial singles all charted on Billboard’s pop chart. She briefly relocated to California, releasing records on various small labels, before returning to Louisiana. In the early 1980s she opened her own club, the Lion’s Den.

In 1991 earned her first-ever Grammy Award nomination for Live! Simply the Best. She also released a number of traditional gospel albums, together with more secular recordings. The album Sing It! was nominated for a Grammy in 1999.
Thomas is still active as a performer, appearing annually at the New Orleans Jazz and Heritage Festival.

In April 2007, Thomas was was inducted into The Louisiana Music Hall of Fame. Thomas participated in the Goin’ Home: A Tribute to Fats Domino. she contributed “I Just Can’t Get New Orleans Off My Mind”. In August 2009, a compilation album with three new songs titled The Soul Queen of New Orleans: 50th Anniversary Celebration was released from Rounder Records. This commemorated Irma’s’ 50th year as a recording artist.

Thomas was on the 2008 New Orleans Jazz and Heritage Festival poster.

Today, Irma enjoys a tremendous fan following. She never crossed over into mainstream commercial success but is a beloved local favorite and called the Soul Queen of New Orleans. Not many can say that. 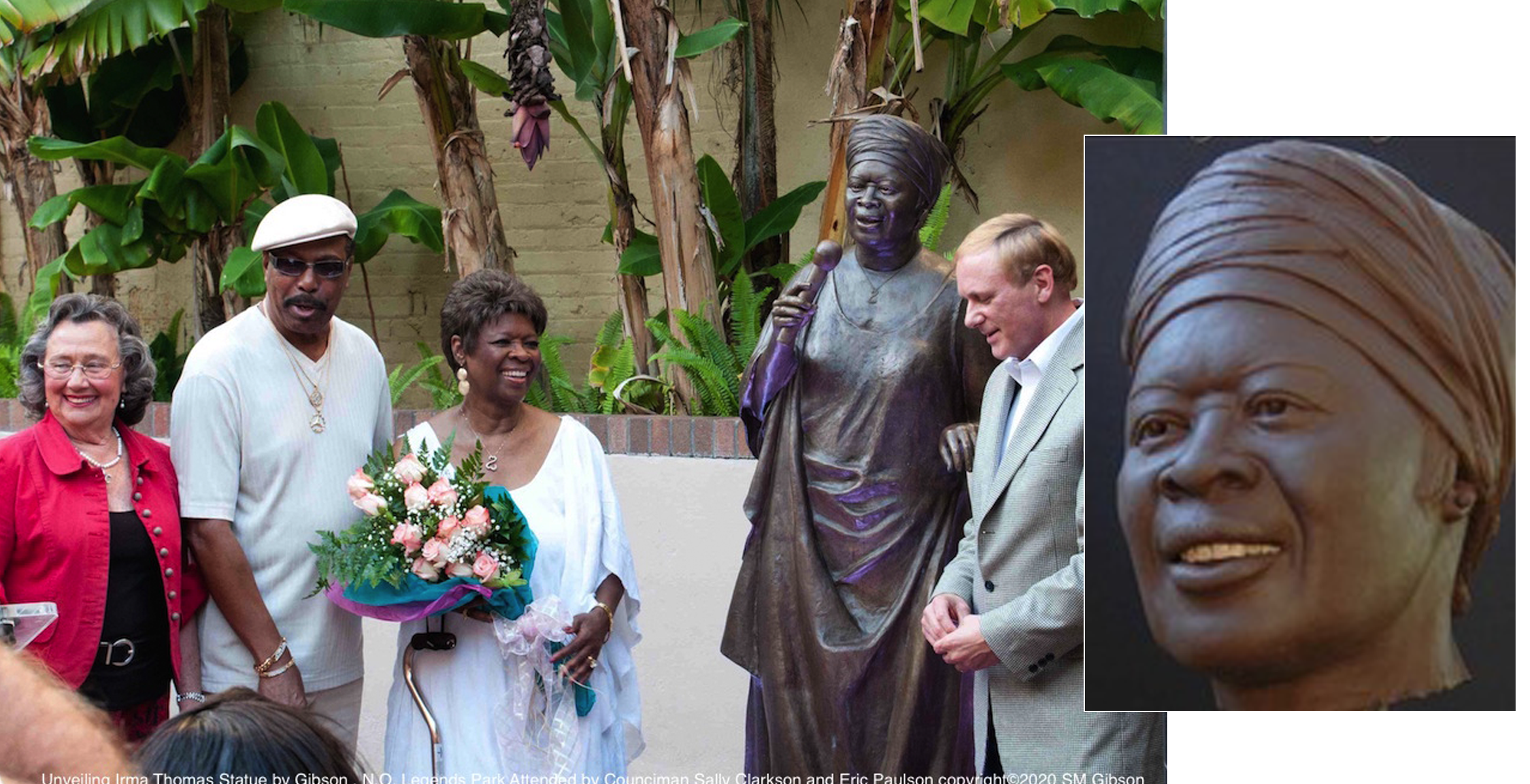